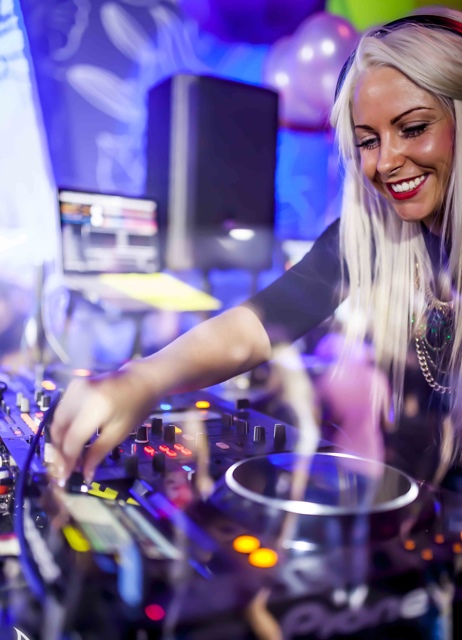 An Interview With Charlie Hedges

You might know Charlie from her resident stint as a presenter on the KISS FM breakfast show but did you know she was also a DJ taking Ibiza and festivals across the UK by storm? Be sure to check out her mixes on Soundcloud they are banging! Charlie has also recently teamed up with JB from JLS to produce a single together. It is Charlie’s first solo produced track and JB provides the vocals on the track Best Night OML. It’s an upbeat electro dance number and I’m loving it, so I decided to get Charlie for a little chat and ask her a bit more about her DJ career and her own personal style.

Charlie you are under the Spotlight…

How did the collaboration between JB and yourself come about?

I made the track about 3 months before I asked JB, the instrumental was finished so I then wanted to find a vocalist, I knew the JLS boys through work and DJing and thought JBs voice would sound amazing on a house track. I literally text him and asked him, he told me to send him the track, within 10 mins he said yes to being on it and then a few months later we were in a studio recording the vocals.

Where do you get your influences from?

From Djing all week in clubs and being out amongst it really, you see as a DJ which tracks drop in a club and which ones don’t and so you hope to pick up sounds that work on house tracks and those that won’t make an impact.

How did you first get into Djing?

Literally taught myself to DJ, a guy I knew at the time had a set of decks in his house so when he was out I’d practice most days until I saved enough money to buy my own. Then eventually it was taking the step of playing in my bedroom to a real club.

Do you have any tips for budding DJ’s out there?

Know your music, know where tracks drop and always walk around a club before you play to get a vibe and suss out the atmosphere.

What is your highlight from Djing so far?

There’s too many but Djing along side Fatboy Slim in space Ibiza and when the whole room in Space created a ‘sit down’ when I played was a definite highlight. I’m back playing the Space opening party at the end of May with the Chemical Brothers actually which i’m really excited about!

Favourite beat of the moment?

You always look fantastic! What would you say your fashion style is and where do you shop?

Ahhh thank you, big kiss! I don’t have a style I think my style depends on how I wake up but I always try to go fitted and girly rather than loose clothing. I love Miss Selfridge and New Look for high street and Chloe and Mulberry for high-end.

This post may contain affiliate links, meaning when you click the links and make a purchase, we can receive a commission.

You have successfully signed up to the newsletter.